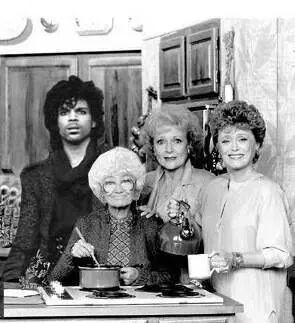 Prince
Thirty years on from the release of his landmark Purple Rain, we look back at how the self-contained, reclusive genius who learned to play nice with others, and in the process found his world-conquering groove.

@ClassicRockMag will feature a 6 page spread on #Prince & @3RDEYEGIRL
Haut 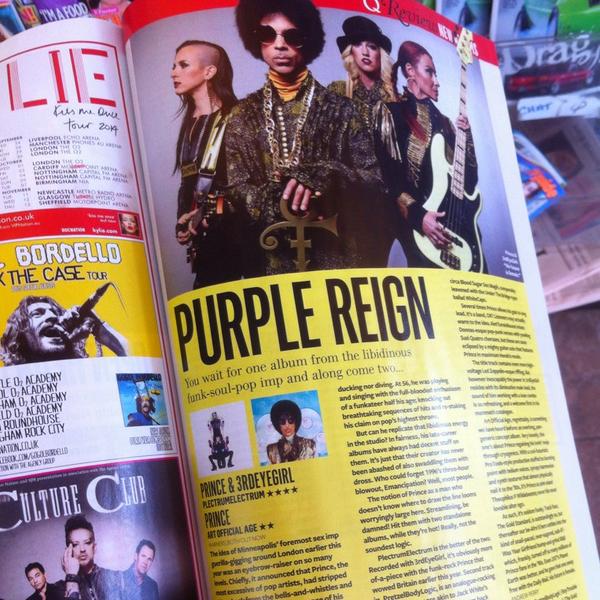 
"Are there really angels. Or are they just in our mind ? It all comes out in the wash... in time."

Foo Fighters are on the cover of our new issue, Q341 out Tuesday (28 October), talking exclusively about new album Sonic Highways.

Dave Grohl and his men explain the idea that saw them record the LP in eight different studios across America – plus made a TV series to go with it.

And talking of new albums, we also speak exclusively to Noel Gallagher about his second with High Flying Birds and his current relationship with Liam and there’s a 20-page special on Prince.

We also head into the studio with The Prodigy, and there’s exclusive interviews with Jack White, Lucinda Williams, Kate Tempest, Gerard Way and more, while Phil Collins answers your questions.

Pareil que Calhoun, il me semble que 2 perfs étaient bien prévues dès le départ.
Nobody broke your heart, you broke your own because you can't finish what you start
Haut

STEVE ALBINI ON PRINCE :
"A purple dwarf in assless chaps will put an injunction on you" walleum a écrit :STEVE ALBINI ON PRINCE :
"A purple dwarf in assless chaps will put an injunction on you"

Dez Dickerson on Prince, Purple Rain, and the Most Insane Thing He's Seen on Stage

Avec une dernière question/réponse qui trouve sa place ici :
Which album that isn't available right now would be the one you, personally, want the most?
From a personal point of view, I would love to hear a properly re-mastered version of Prince's Dream Factory — I think I probably speak for every Prince fan with that answer. He's another artist who has unimaginable numbers of songs and completed albums in his vaults, and he seems very, very uninterested in revisiting his past. But Dream Factory, which is the album that ultimately spawned Sign o' the Times, is such a fantastic collection of songs. Prince is one of the shining examples of these restless creative spirits who are just churning out hours and hours of stuff that's quite difficult to marshal into releases. But in the Eighties, creatively, I don't think there was anyone that could touch him.
« Sans musique, la vie serait une erreur »
Friedrich Nietzsche 'Crépuscule des idoles' ©1888
Haut


The Foo Fighters appeared on The Howard Stern Show to promote "Sonic Highways" and the conversation switched to PRINCE covering "The Best Of You" during his Super Bowl Appearance and then for about 5 minutes.

Dave Grohl talked about just how amazing Prince is.

Grohl talks about rehearsing "Whole Lotta Love" by Led Zeppelin and Dave thinks that Prince blew him off to perform it live. That is NOT true.

Dave, if you are reading this, he did not call you out the following week but he did look for you at other shows and thought you were there and was trying to call up the person he thought was you but his security guard let him know it was not you. True story. In fact, the security guard is now your guard and can confirm this if you ask him.

Also, someone has the footage of the rehearsal of "Whole Lotta Love" but it is misplaced right now.

Dave talked about Prince's recent W Hotel walk on performance that went viral this week. Howard had to talk about the last time he saw Prince and a majority of the show being performed in the dark. Howard needs to bring this up every time he talks about Prince.-DocFB

Diagnosis: Props to Dave and Howard, here is hoping Beth takes you to another Prince show where the lights are on buddy.
Haut