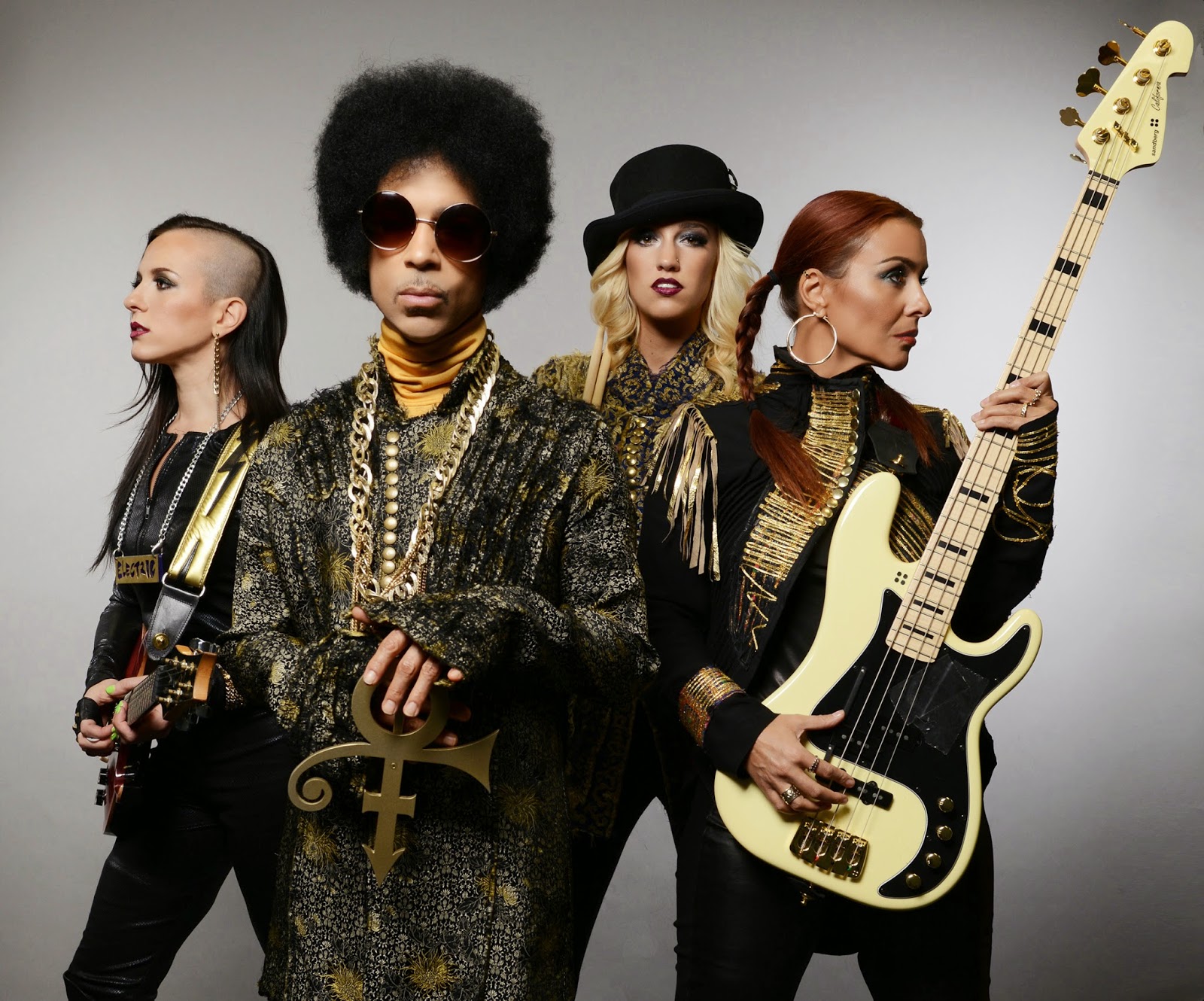 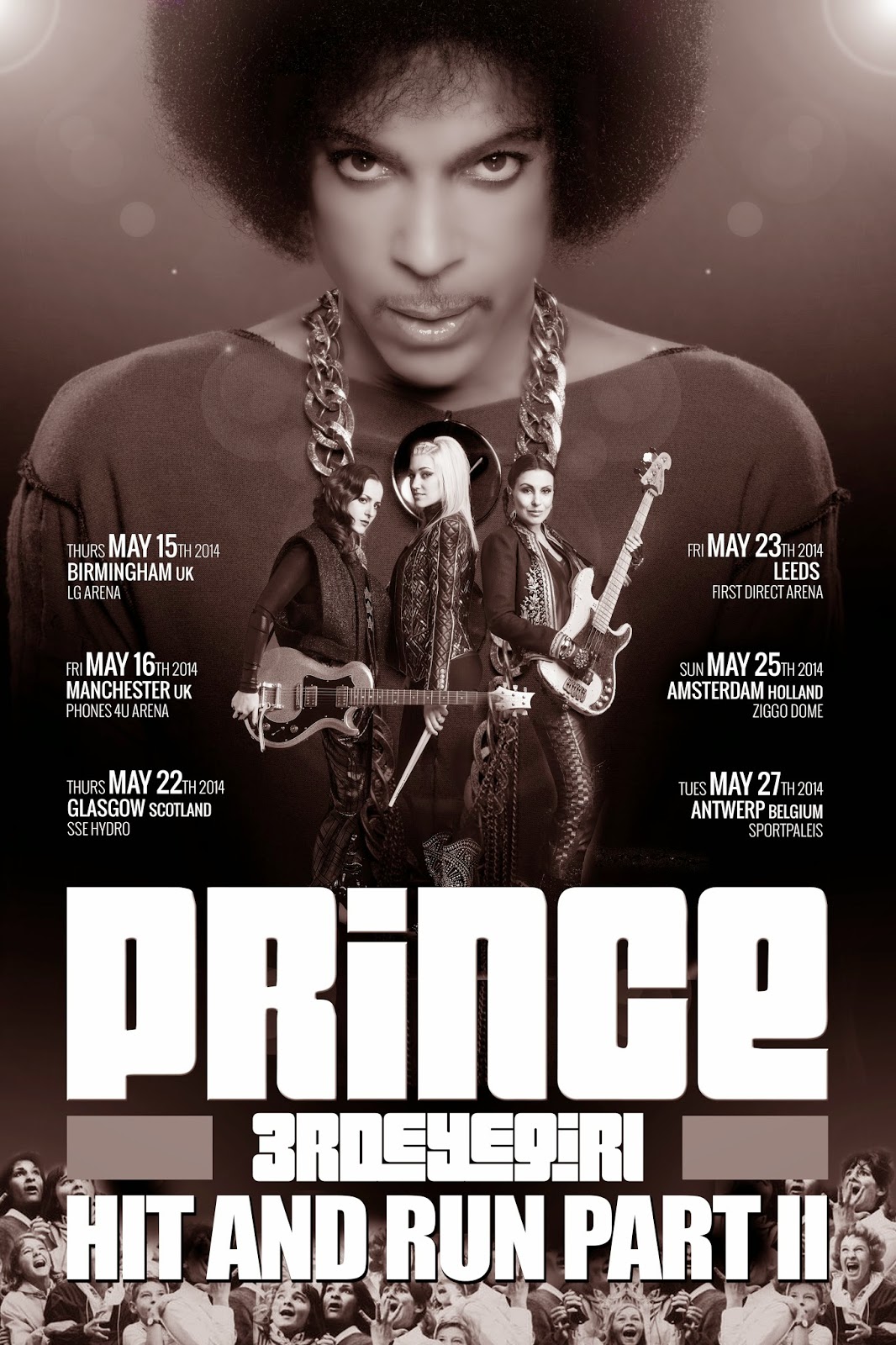 Encore des fautes grossières sur l'affiche...c'est vraiment du grand n'importe quoi O_o
Nobody broke your heart, you broke your own because you can't finish what you start
Haut 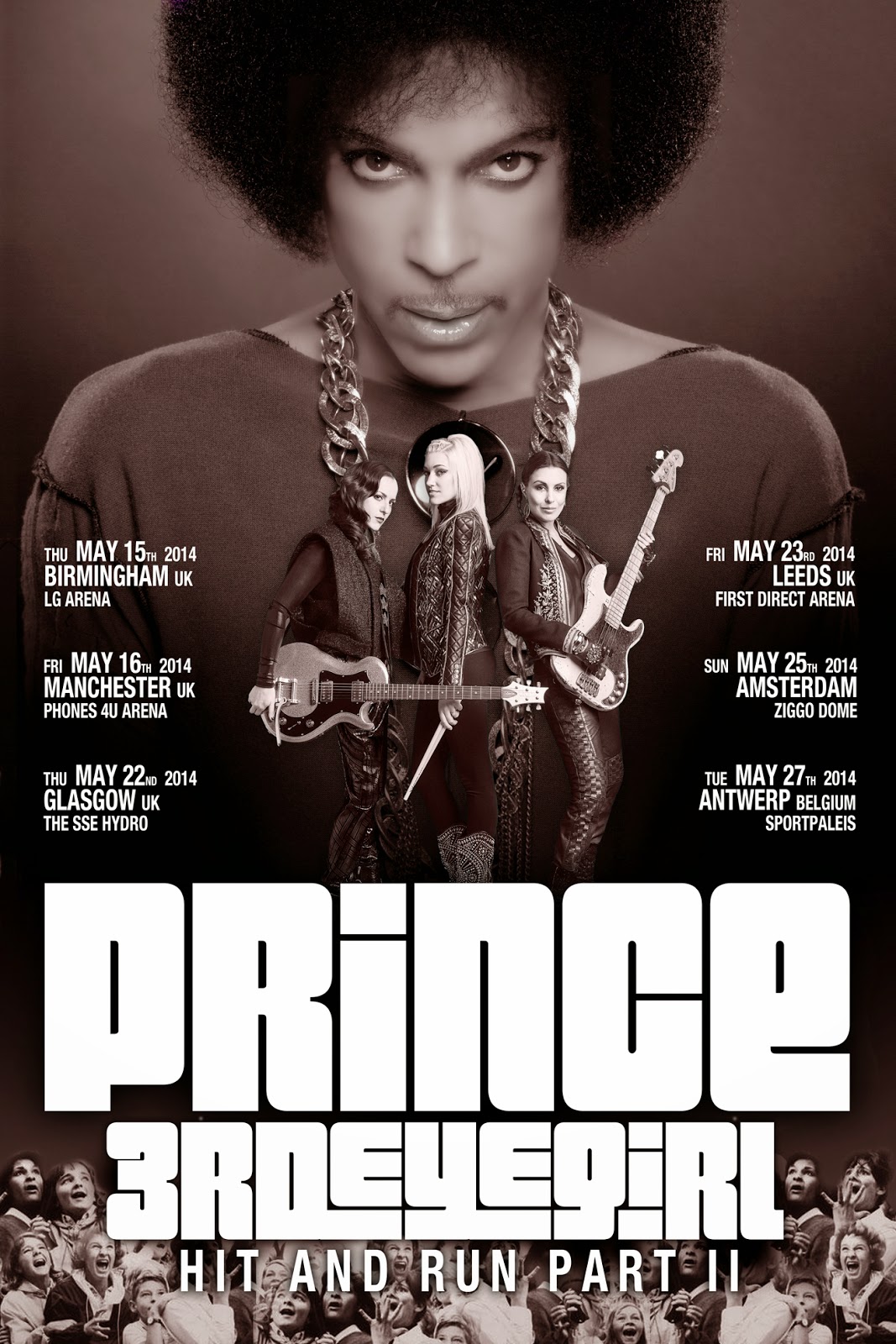 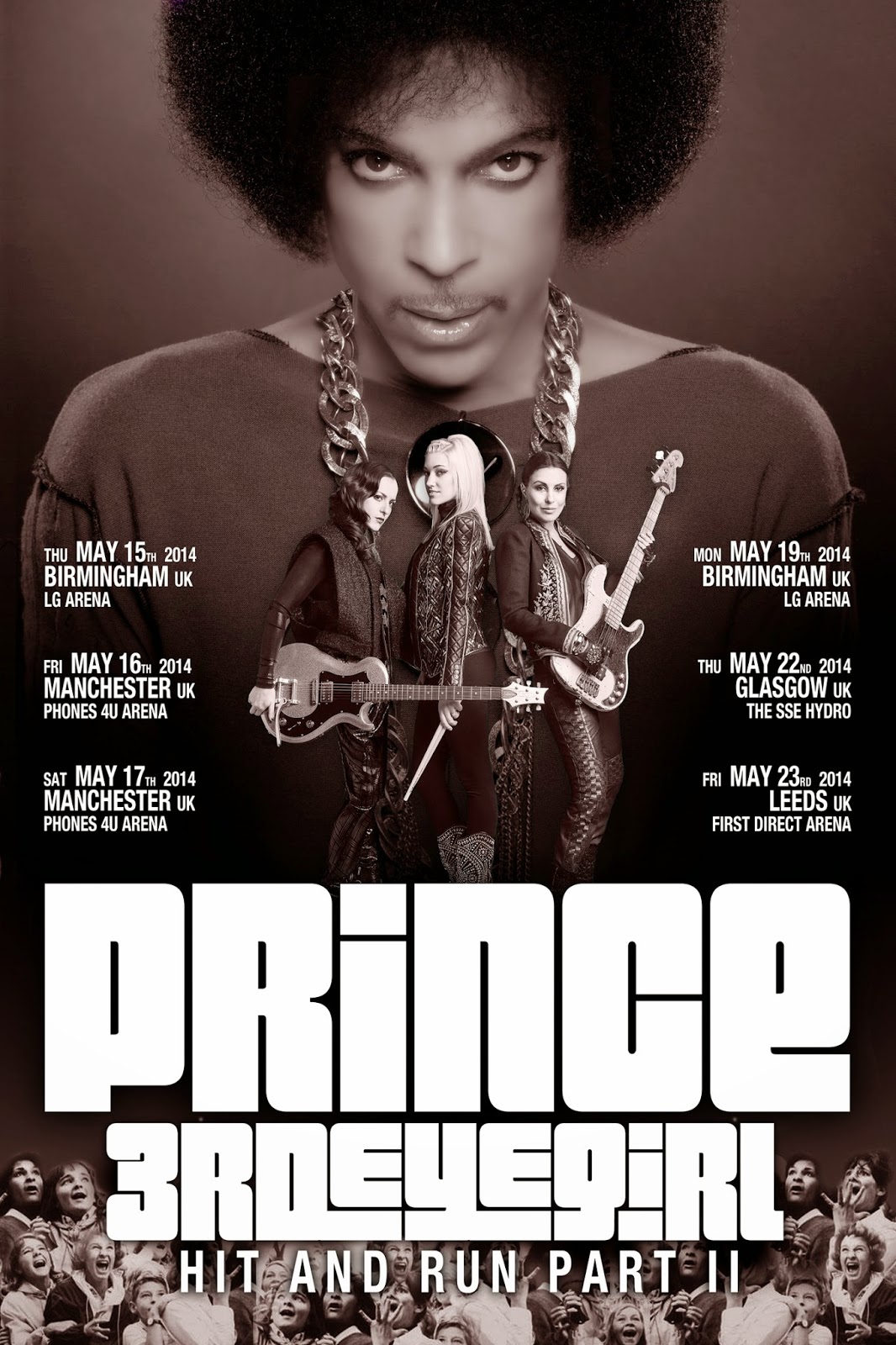 Tickets for the show at the Glasgow Hydro on Thursday, May 22 went on sale at noon today - and touts are already cashing in selling tickets for over £1,000 on some sites.

Frustrated fans have already taken to Twitter to vent their disappointment at not get tickets.

Twitter user Declan Lally said: "Just tried to buy a ticket for Prince in Glasgow. Either TicketSoups crashed or it's sold out in 10 minutes."

Mark M Smith said: "Tried to get Prince tickets for Glasgow. Failed to get any. Sold out about two minutes past midday."

Alison Davidson added: "I so sad Prince @3RDEYEGIRL Glasgow sold out I could cry."

Meanwhile, Scottish comedian Susan Calman joked: "Didn't get tickets to see Prince in Glasgow. That Sheena Easton costume will have to stay in the cupboard for a bit longer. Shame."

A spokeswoman for the Hydro said that the Ticket Soup website received at lot of traffic when the show went on sale but they could not confirm if they event had sold out because of the different vendors involved.

It wasn't all doom and gloom as other fans could not believe their luck at getting the gold-dust tickets.
AT-M Ad

Pamela Robertson said: "Well, that was stressful. Prince ticket for Glasgow finally secured and £140 down in the process."

Debbie Greenaway added: "I think I need a gallon of tea to calm me down after the Prince ticket frenzy."

The star also surprised fans with a secret gig at The Garage nightclub.

Did you get your tickets?
Haut 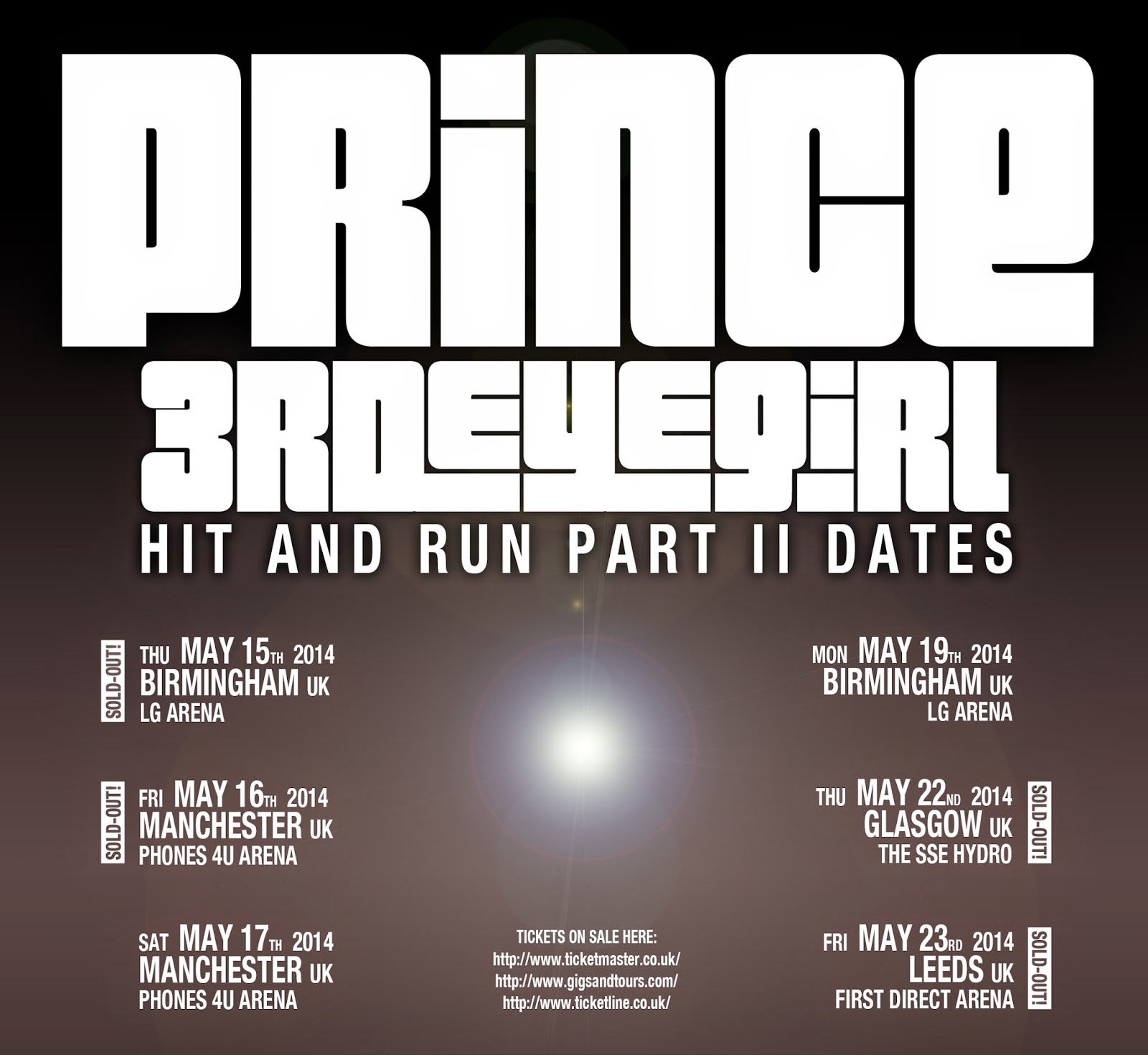 PRINCE UPDATE: As you may have noticed iDeal is experiencing a disruption. This may cause errors during your check-out. We could not have predicted this and it is beyond our power. Therefore we have chosen to temporarily stop the tickets sales. We will get back to you with more information as soon as we can. Please note: The show is NOT sold out.
Calhoun Square : récits, analyses, infos
Ma boutique sur Discogs
Haut

#tmNews PRINCE UPDATE, part 3 press release Mojo Concerts/Live Nation Netherlands ticket sales for the concert of Prince in the Ziggo Dome has been postponed. Because of a great iDeal failure it was unfortunately necessary to halt the sale of tickets for the concert. Ticket sales began today at 12: 00 pm and the iDeal disturbance started at 12.05 pm. This made the ticket sales such disturbed making us the decision to halt ticket sales to secure equal participation.

The ticket sales start at noon Thursday via http://oak.ctx.ly/r/10ci1 now there are still 7,000 tickets available for sale.