ooh!!! cool!!!on va avoir 'extraloveable dans son intégralité & some more!( 
merci Prince & Andy de penser aux fans
" The time I burned my guitar it was like a sacrifice. You sacrifice the things you love. I love my guitar". Jimi Hendrix
Haut 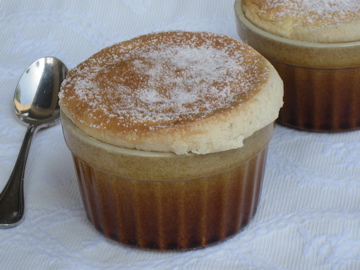 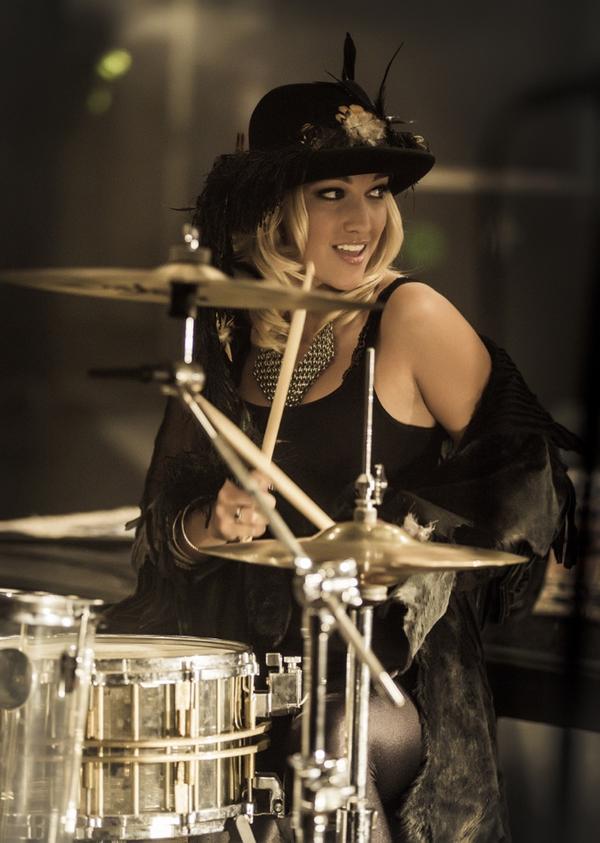 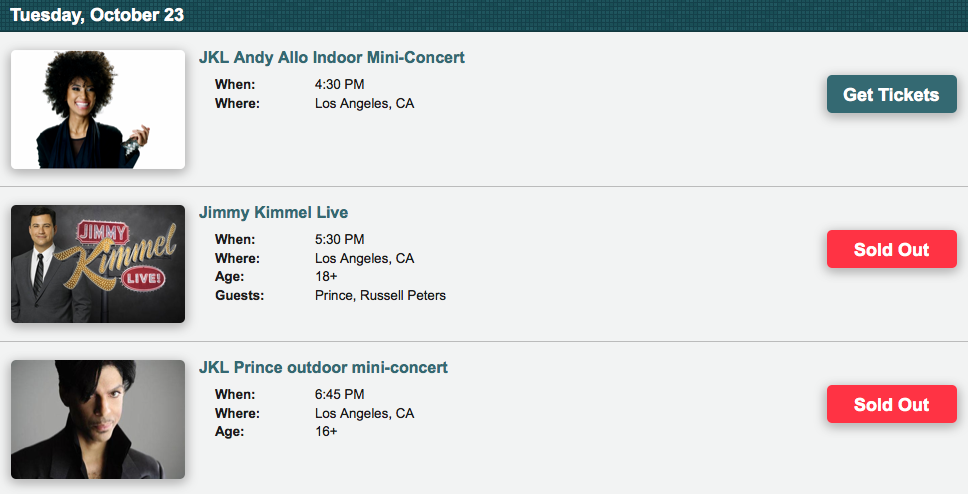 http://www.drfunkenberry.com/2012/10/17 ... Q.facebook
Nobody broke your heart, you broke your own because you can't finish what you start
Haut

"Andy Allo and PRINCE will be on Jimmy Kimmel Live next Tuesday October 23rd. That you know. We have some more details on what will happen on the show that you didn't know.

As you know, there will be an outdoor mini-concert at 6:45 P.M. that is sold out. That concert will now be just Prince.

Andy Allo will now have her own mini-concert inside at 4:30 P.M. Tickets for that appeared online last night but were put on waiting list. The link is now offering tickets so if you want to attend the indoor concert, click HERE and scroll down to October 23rd.

It appears, as of now, Jimmy will interview PRINCE as well on the show. Him and Andy are NOT the sole guests though. Tickets are sold out for that taping along with his outdoor concert.

We should have more news on the taping and other things before next week, so stay tuned here for all the funky news and more. OR you could just follow someone on Twitter and Facebook who posts the info from here as there own. Whatever makes more sense.-DocFB

Diagnosis: Here is hoping Jimmy asks questions that haven't been covered in the past 20 years.....ala The View."
Haut 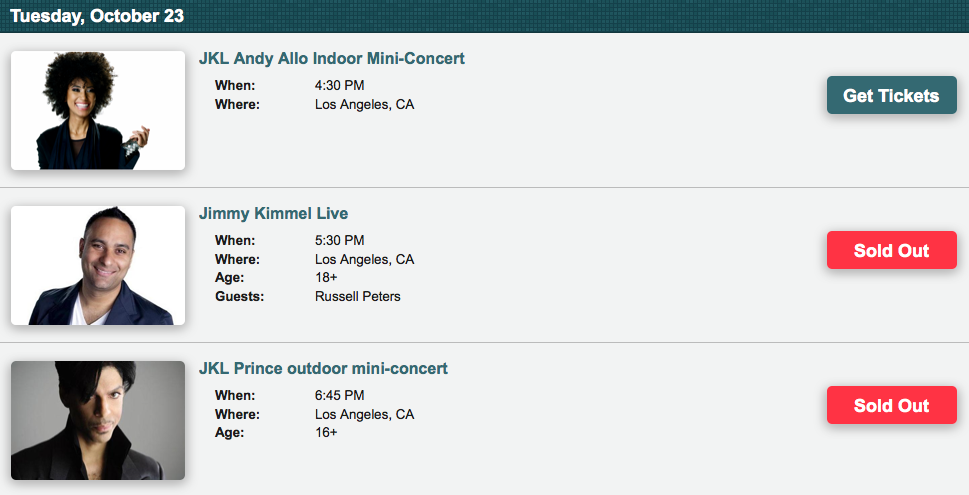 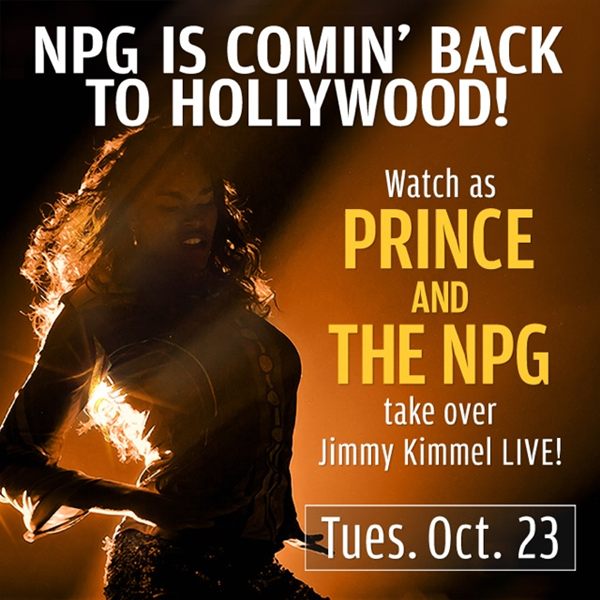 "PRINCE is set to perform on Jimmy Kimmel Live tonight with Andy Allo. He will be doing a mini-concert outside the studios. After that, PRINCE & The NPG will be taking over The Sayers Club in Hollywood for an event that is already at capacity before a ticket was sold.

The Sayers Club holds around 200-250 people and we hear the only way a ticket could be obtained for tonight was through the club itself. Knowing this club's clientele, it is going to be a whose who in Hollywood that will be in attendance.

When we have further details, will pass them on as soon as possible.

Hopefully, the Kimmel mini-concert runs long for those in attendance for the free taping."-DocFB
Haut

Hopefully, the Kimmel mini-concert runs long for those in attendance for the free taping."-DocFB

Hopefully, the Kimmel mini-concert runs long for those in attendance for the free taping."-DocFB

For “The View,” Prince donned an Afro wig.
For “Jimmy Kimmel Live” on Tuesday, Prince will have a new drummer, Hannah Ford. Well, she’s actually being billed as a guest drummer. They’re scheduled to play the new tune “Rock ‘n’ Roll Love Affair.”
Um, don’t read anything into it. Ford, a veteran singer/jazz drummer from Chicago, is married toJoshua Welton and has worked with Wynton Marsalis and Louie Bellson, among others.
We’ll have to tune in to see if Ford is truly an additional drummer and if longtime New Power Generation drummer John Blackwell is still involved, as well.
Haut 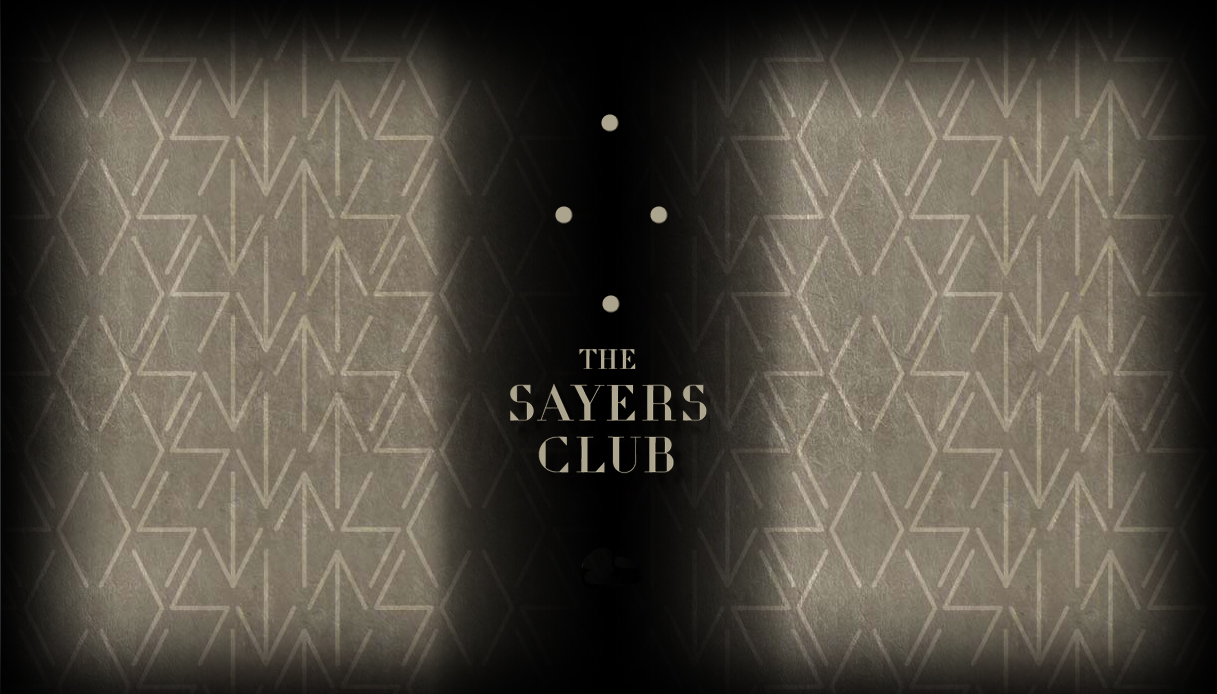 Pour les lève-tôt
http://livetvcafe.net/video/OG8H71UYO5U8/ABC
Nobody broke your heart, you broke your own because you can't finish what you start
Haut


Hello funkenbabies. Trying to give you the downlow and what is happening on Kimmel so check back for more updates...

Andy performed all in white with a 12 piece band that included Maceo Parker. She performed "People Pleaser" and "If I Was King" off her "Superconductor" record due 11/20/12.

Prince & The NPG performed "Rock & Roll Love Affair" and a web exclusive version of "Dance Electric" (You will see it at the end of credits but a full version will be available on Jimmy Kimmel's site and here tomorrow.

After the camera's stopped rolling and loud chants of "We Want Prince", Prince performed "Take Me With U" but something was wrong with his guitar, which was working fine for the past 2 numbers. He had Andy do full vocals, picked up an acoustic guitar, n that one wasn't tuned right.

Prince then stopped the band and went into "Raspberry Beret" and then "Cream" complete with a Maceo solo.

Prince closed out the show doing a long version of "Cool".....

Now, it is on the Sayers Club for the Kimmel afterjam. Here is hoping there will be more shows that fans get a chance to go to later this week.....-DocFB
Haut

Merci 
(Take Me With U, Raspberry Beret, Cream, Cool)

Merci 
(Take Me With U, Raspberry Beret, Cream, Cool)