tient bon a 2 on est plus fort
Haut

tient bon a 2 on est plus fort

Something rather interesting and perhaps entirely coincidently has been brought to our attention by an audio engineer who previously had close ties to Paisley Park.

He suspects that the foundations of some of the songs/remixes on #HITnRUN may be built upon existing songs by other artists* and has provided us with overlaid tracks (The HITnRUN track over the top of the supposed ‘guide’ track) as examples. Now obviously we can’t post those here, but the similarities in beats, tempos and other sonic elements is quite remarkable in certain instances.

To be clear, we cannot say with any amount of certainty that songs by other artists were loaded into Pro Tools and then used as guides by Joshua to program his beats over the top of in order to build some of the songs on HITnRUN. This Could B… entirely a coincidence.

A couple of songs for comparison:

‘Pony’ by Ginuwine - (This Could B Us)
https://www.youtube.com/watch?v=lbnoG2dsUk0

‘Moments In Love’ by Art Of Noise - (June)
https://www.youtube.com/watch?v=ux3u31SAeEM

*It should also be said that even if this was the case, it probably isn’t all that uncommon a practice in today’s music industry, and should not be viewed as plagiarism as such. 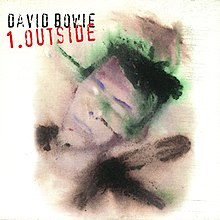