I acquired custody of an advanced copy of the new EH tribute CD, _Power Of
Soul_. Admittedly, I've not spent a lot of time with it (a 35 minute
cursory listen while on the interstate headed home), and by tomorrow, this
will be old news anyway -- but I thought I'd share my perceptions about the
disc. First of all, great cover. I used to have the front cover photo as a
poster back in the day...who knows where it is now...

Track 2: Musiq - "Are You Experienced?". I like Musiq, at least the very
limited amount of his material I've heard. On this track, he sings and
plays bass and piano (that clanging one chord that threads throughout the
song) with John Lawson on drums, and with Frank Vegas Romano and DJ Aktive
on turntables. The turntables replicate the backwards tracking of the
original Hendrix version and contribute a smattering of guitar lines. It
works for the most part, although I think it kind of breaks down at the end.
I found his pronunciation of "experienced" kind of annoying after a while,
too. It may not have been deliberately mannered, it just seemed that way.
He kept singing "experi-aww-nced". Perhaps that's his personal speech
pattern; I don't know. All I know is it got on my nerves.

Track 3: Carlos Santana - "Spanish Castle Magic". This appears to be one
of at least two tracks lifted from the Eddie Kramer-produced _In From The
Storm_ tribute on RCA/BMG from 1995. It may be an alternate take, since
Corey Glover replaces _IFTS_'s Sass Jordan on vocal. Subtract the London
Metropolitan Orchestra, and everything is pretty much the same. The
personnel (the late Tony Williams on drums, and Stanley Clarke on bass) and
the studios are essentially identical. I personally don't like Santana's
version of this cover, but to be honest, I've never heard a cover of
"Spanish Castle Magic" that I really liked. My feeling is that Stanley
Clarke is the only one who "gets it" in this session.

Track 4: Prince - "Purple House". This is one of many tracks on this disc
where an artist molds Hendrix' material to suit his own style, for better or
for worse. This is a Prince track. If you like Prince, you'll like this.
If you don't like Prince, you may still like this. Speaking for myself, the
jury's out. He's got Larry Graham (from Sly & The Family Stone) on bass,
playing a line reminiscent of "Sex Machine" from _Stand!_, so I'll go back
at some point and make up my mind.

Track 5: Sting - "The Wind Cries Mary". Another track that may sound
familiar to you if you happen to own _In From The Storm_. This appears to
be a direct lift. John McLaughlin on rhythm and lead, Dominic Miller on
rhythm,Vinnie Colaiuta on drums. I think this is one of Sting's better
Hendrix covers. I thought "Little Wing" from _Nothing Like The Sun_ was
awful, and the live "Purple Haze" tacked onto end of the _Demolition Man_
EP wasn't much better.

Track 6: Earth, Wind & Fire - "Voodoo Chile (Slight Return)". I could go
on a tirade about how this is *not* Earth, Wind & Fire, but why bother?
Suffice to say that this is a Sheldon Reynolds (husband of Janie Hendrix)
track. Check the credits. "Sheldon Reynolds: Lead & Background Vocals,
Guitar, Main Bass, Keyboard and Drum Programming". What's left for anyone
else to do? Isn't Philip Bailey an integral member of Earth, Wind & Fire?
Where's he in the credits? Remember Ralph Johnson? Did he leave the
group, too? EWF founder Maurice White is credited with lead vocals, but I
don't hear him, or just barely, and the use of the horn section is a
complete joke. Verdine White, one of the baddest bass slingers ever, is
credited with "Additional Bass". Come on, Sheldon! Damn, you haven't been
with the group since the mid-90s, you do a one-man show and then trot out
key members of the group for window-dressing. That ain't cool. This
"Voodoo Chile" sounds like something I'd grab when I ran out of Quincy Jones
albums and the ladies required further soundtrack for their wine coolers. I
can't believe y'all made me wait so long for this.

Track 7: Bootsy Collins featuring George Clinton - "Power Of Soul". What
the hell was that? The P-Funk Mob make vague references to the Hendrix
rhythm line for about the first minute, and then, other than the lyrics,
it's all gone. It closes with a somber reading of the last few lines of
Jimi's last poem, "The Story Of Life".

Track 8: Eric Clapton - "Burning Of The Midnight Lamp". I suspect this is
from the _Stone Free_ sessions, since the backing band is Chic once again,
and at least bassist Bernard Edwards has passed away, with guitarist Nile
Rodgers being one of the surviving members. But where Clapton's "Stone
Free" was almost a verbatim of Jimi's version, his "BOTML" seems very
personal and unique to Eric. Very raw and heartfelt, but this one's Eric --
love it or leave it. I like it.

Track 9: Lenny Kravitz - "Have You Ever Been (To Electric Ladyland)". I
was primed and spring-loaded to hate this version before I heard it. He
plays all of the instruments, except for piano. Yes, piano. It gives it a
reverence, a "gospel-ish" tinge, if you will, hinted at in Jimi's original
vocal. Sure, he blew the lyric ("you can cast all your hang-ups over the
sea-side"), but this is actually pretty good.

Track 10: James "Al" Hendrix - "30 Years (Spoken)". Al Hendrix thanks the
fans and marvels that they still "crave" his son's music "30 years after his
passing".

Track 11: George Duke - "Who Knows?" This track is almost perfect, but
it's sometimes a case of too many cooks stirring the broth. Especially
ex-Earth, Wind & Fire cooks who are married to Janie. Watch out for the
"Machine Guns".

8 more tracks to go, but my wife wants to talk, so goodbye.
Haut

Thanck you so much !
Haut 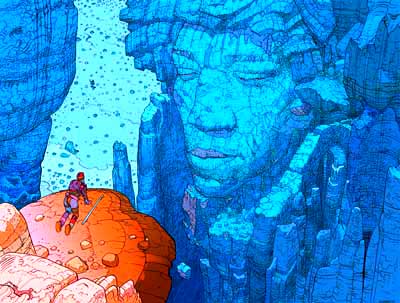 bel hommage les gars...
“If you want to find the Secrets of the Universe, think in terms of Energy, Frequency and Vibration.” – Nikola Tesla
Haut