....
" The time I burned my guitar it was like a sacrifice. You sacrifice the things you love. I love my guitar". Jimi Hendrix
Haut 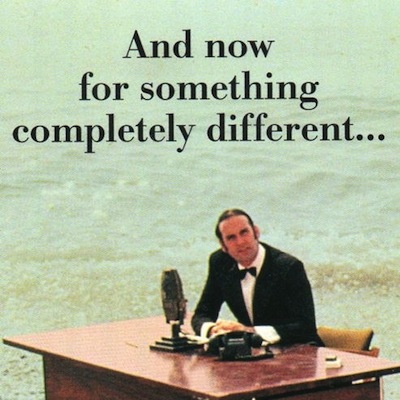 "Prince marches to his own time. We’ve known that for years.

His guy called late Saturday night while I was reviewing the Bruno Mars concert at Xcel Energy Center: Prince wants to play you his new album tonight.

When you arrive at Paisley Park, you switch to Prince time. After nearly an hour’s wait, I was ushered into Studio B about 1 a.m. All three members of 3rdEyeGirl were there, as well as two of their spouses, who work for Prince, plus Prince’s road manager and a reporter from Fox 9. But no Prince.

This is a new Prince album, not to be confused with the one he made with 3rdEyeGirl, “Plectrum Electrum,” which hasn’t been released. The ever-prolific Rock Hall of Famer hasn’t issued an album in the United States since 2009.

My next two hours at Paisley Park would be filled with funk, frustration and funny lines — all courtesy of Prince.

Engineer/producer Joshua Welton, husband of 3rdEyeGirl drummer Hannah Ford Welton, sat at the Studio B console, pushing the buttons. The long, opening tune, “The Gold Standard,” was percolating electro-funk, an update of classic Prince with a lyric that referenced the notions of “wild and rude” from his previous days. The second selection was a complex electronic discourse that was hard to grasp first time around.

Suddenly, the phone rang. It was Prince. Via speaker phone, we chatted. He said he believed in albums, not singles. “I’ve finally got something that is a cohesive statement,” he explained.

He didn’t mention the album’s title or release date, but he did discuss the difficulties of getting a hold of top executives at Warner Music Group, with which he signed a new deal this spring. Then he whined about how slowly wheels turn in the record business. “Every No. 1 song, every Top 10 song, every song in the Top 40 is at least six months old,” he said. “We should be able to make music and put it out now.”

He also carped about radio, wondering if program directors really direct their programs. “I don’t need to be on the radio,” he said. “I’ve been on the radio all my life.” But he wants to hear new, young artists on the radio.

Those are old complaints from Prince. At least, he was happy that this new project was made without a record label looking over his shoulder. The album was recorded mostly with just him and Welton, whom he touted as a rising producer.

Prince explained that the next song, “This Could Be Us,” was inspired by a meme of him and Apollonia riding on a motorcycle, clearly a scene taken from the 1984 movie “Purple Rain.” It’s a joyful ballad with some ecstatic Prince vocalizing.

The ensuing number was a remix of “Funk ‘n’ Roll,” a single he made with 3rdEyeGirl this year that they have performed live. This remix lived up to the song title, only it’s funkier and nastier than the original.

After hearing me praise his new recording, Prince asked if I had any money in my pocket and would I spend it on his new album.

“We don’t take plastic around here,” he said.

Ever impatient, Prince asked Welton to next play a tune they recently made with British pop sensation Rita Ora. It’s a rare rap song on which the music was as aggressive and menacing as the rapping.

Prince talked about the urgency of releasing that tune because with Ora “time is money.” As a celebrity with lots of endorsements, she makes money walking out of the house wearing a certain kind of makeup or sunglasses, he explained.

Before Prince invited everyone to go to another room to watch a video of his recent Paris performance with 3rdEyeGirl, our ever-gracious but unseen host asked if anyone was hungry. The answer around the room was “No.”

)
LOVE4ONEANOTHER IS THE ONLY WAY!
Haut

SIGNO'THETOM a écrit : 3. This Could Be Us (un morceau semblable ou inspiré de Take me with U selon Prince lui-même )